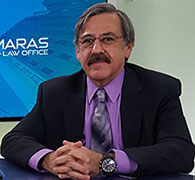 
In Pendulum Over the Pacific, the President’s nephew and advisor goes rogue, teaming with a hawkish U.S. Senator who is scheming to force Japan to lower its trade surplus with the U.S. The senator and nephew see Japan’s trade surplus as a threat to the U.S. economy. They decide to manipulate facts and use history to their advantage to force the President to renegotiate an existing U.S.-Japan trade deal. It’s the 1980s when Japan was the “bad” trade partner, before China’s rise.

The Fortunate Son recounts the parallel lives of an army brat and a group of Vietnam veterans who intersect decades after the war. The veterans open up to me, the army brat, perhaps in a way they never have with their own families. Why? Through my father, Top, their First Sergeant, we have a common link. Over the years, we’ve gotten to know each other. They begin to understand the sacrifices of an army family. But, more importantly, they want me to understand how our family’s sacrifice and my father’s tour of duty in Vietnam with them, in the jungles, gave them confidence to believe they would make it home alive.